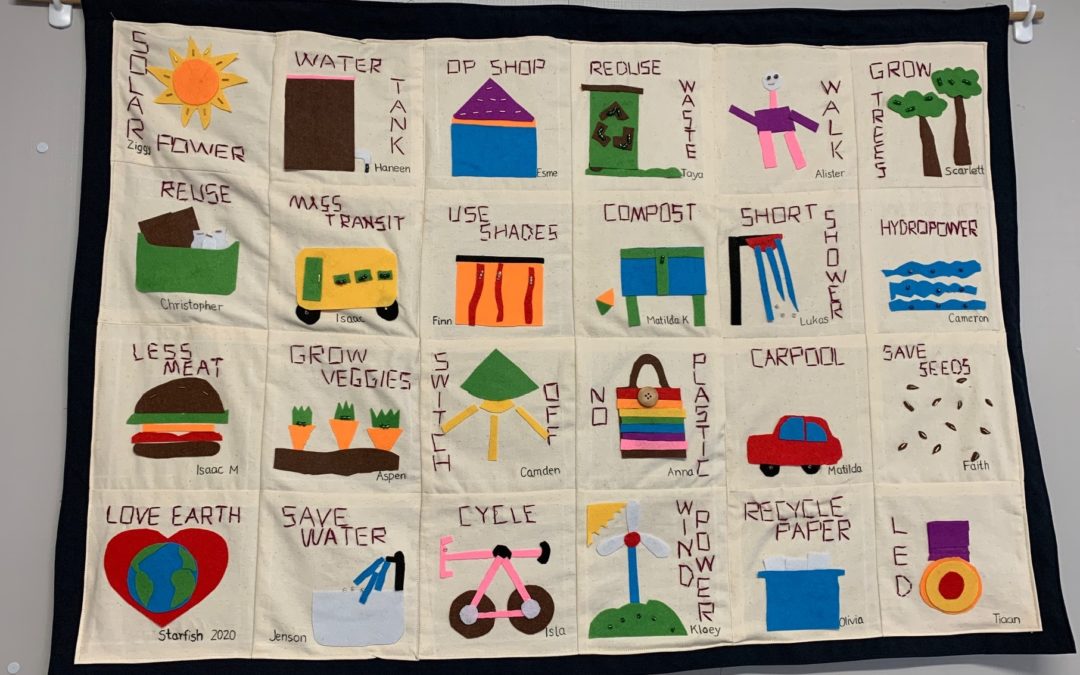 In the second plane of development, children begin to use reason and logic to learn about their world consciously. With this in mind, Starfish embarked their learning journey on climate change.

There were numerous discussions on various topics such as forests and animals under threat, renewable energy and sustainability, reducing waste, pollution and global warming. Following the brainstorming sessions, the class decided to create a patchwork to represent their ideas to help save the Earth.

Each child suggested a way that they could contribute to saving the planet. They represented their ideas using coloured papers and completed their first draft. Later they evaluated and modified their work to produce their final piece on calico fabric. They sewed the phrases to explain their thoughts. This activity has helped the children to understand that they are never too young to make a difference in taking care of our beautiful planet!

Attached is a photo of the patchwork that the students have made.