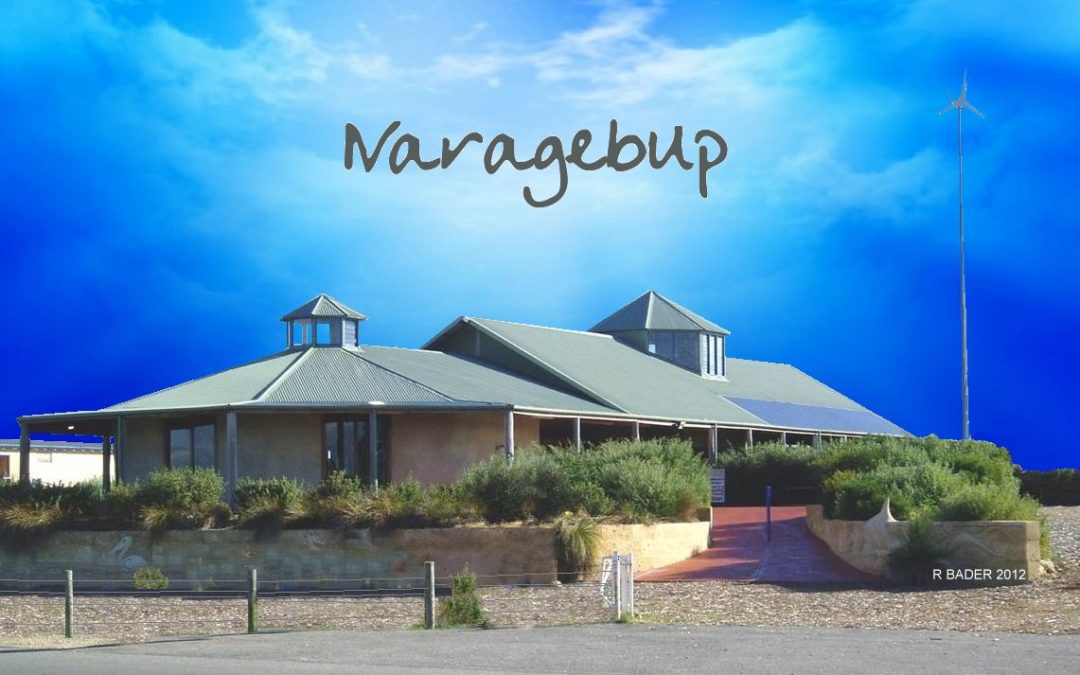 This term the Dugongs class attended the Naragebup Environment Centre in Rockingham.

On the 5th September the Dugongs class went to the Naragebup Environmental Centre.  Our parents dropped us off at the Environment Centre at 8:30 am.  We waited until everyone that was going was there and then we waited for our tour guide.  When we went inside we placed our bags down in an area near the front door.  We then listened to the rules and went to the first activity which was on micro-organisms.  We were placed into 3 groups, which were scooping the micro-organisms out of the fresh-water pool and then getting them into tubs, placing them into cups, and identifying them.  Each group rotated from one activity to the next.  It was lots of fun!

We had a short break for some refreshments then we observed a worker feeding some of the animals.  Then after a while we had lunch and had time to play before our next activity, which was composting. In composting, we learnt about different types of composting, and then we made our own compost.  The pattern was Paper, Green, Brown.  It was awesome!

After that we had a play and then went on a Scavenger Hunt.  Behan and i were partners and on the list it was A-Z, and Old, New, Borrowed, Blue.  It was also a competition to see who the first was to get back.  Hugh, Sam and Jayke were the first back and were given 10 extra points! A while later we got to feel a Carpet Python and a Bob-tail Skink.

Then we waited for our parents and we got to go home.  That was the end of our excursion.

by Riley Watt (with help from Maya Shenton-White and Peter Jacobs) students from the Dugongs Class. 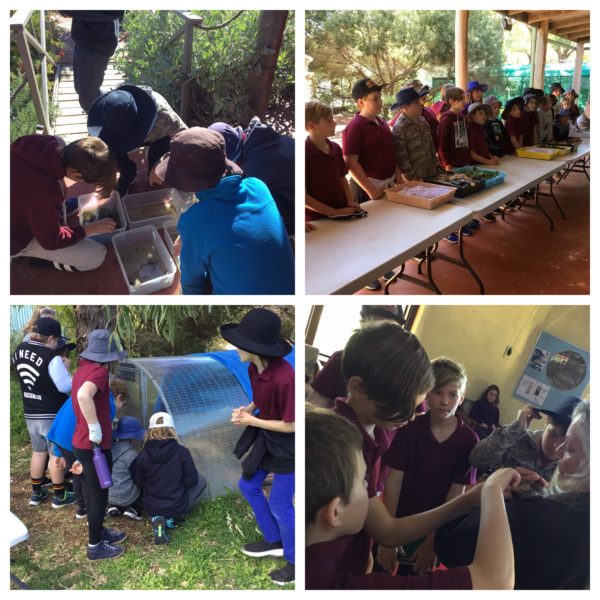 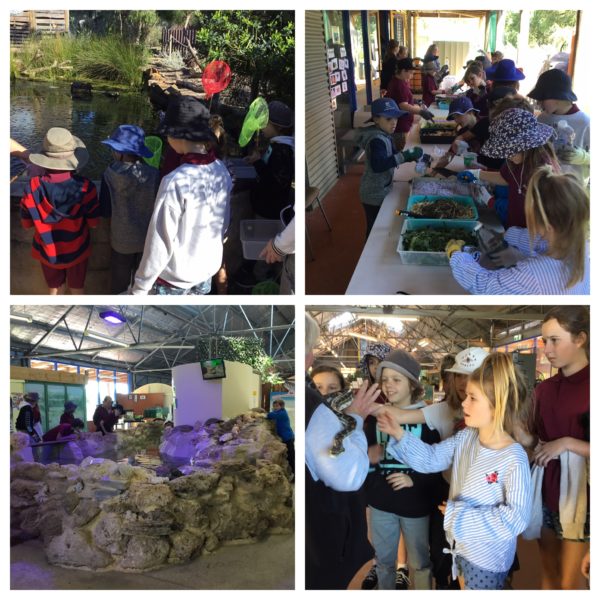