David says – “no one ever talks about their struggles” 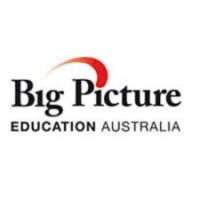 David’s childhood dream to play AFL football was shattered when he broke his back as a teenager. But life took an unexpected turn. Thanks to the Big Picture program he was encouraged to follow his interest in science and, after two failed attempts, is now studying medicine at Newcastle University. He never imagined he’d be where his is now, and wants young people to know that you’re not defined by your marks.

Video thanks to the Origin Foundation – www.originfoundation.org.au